Justin Thomas will look to bounce back from last week’s missed cut while Rickie Fowler will try to end his winless drought.

Jason Day will look to card his second win as Kevin Kisner returns to take on the course where he let a major championship slip away on Sunday.

Tiger Woods is back in action once again, seeking his first win since returning from injury while Phil Mickelson will do everything he can to prove he can still compete with the tour’s young, proven talent.

Read on for our 6 players to watch this week at The Wells Fargo Championship. 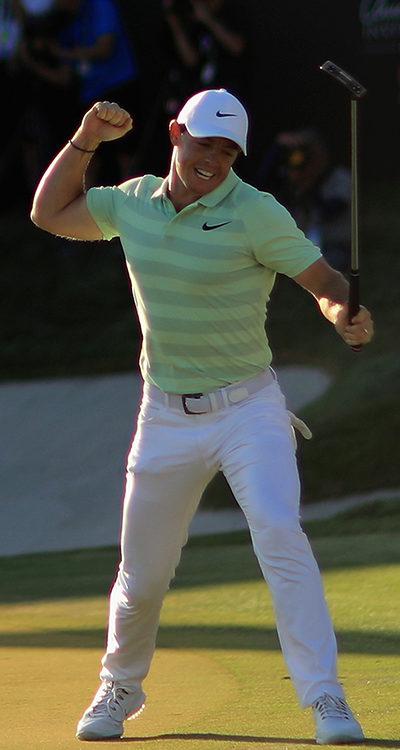 Rory McIlroy returns to Quail Hollow Club to continue building upon his already strong 2018 results. Coming off of a win at The Arnold Palmer Invitational and a T-5th at The Masters, it is clear that McIlroy’s game is in tip-top shape through the early part of the year.

And while he arrives to Charlotte with momentum, he likely won’t need that. The all-time tournament earnings leader at The Wells Fargo Championship and course record holder (61), Rory owns this tournament as much as any golfer currently dominates any stop on the schedule.

So far, 2018 has felt like a redemption tour of sorts for McIlroy. Following an unimpressive and injury plagued 2017 season, his game shows he is motivated to get back to the top once again. 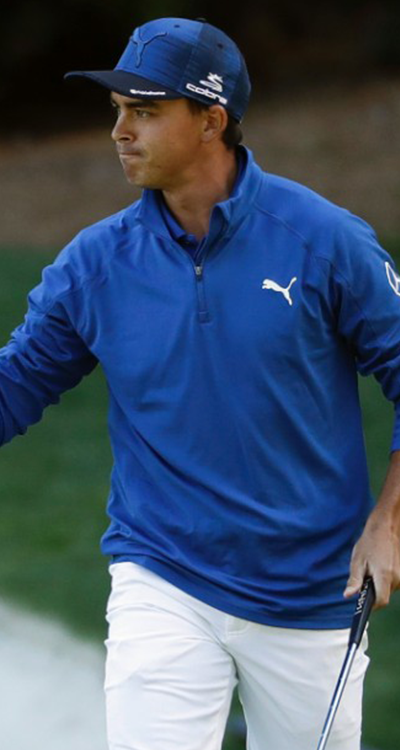 Rickie has played well thus far in 2018, although he still has yet to win. In fact, Rickie has not won since the 2017 Honda Championship – more than a year ago.

That said, he finished just 1-stroke behind Patrick Reed at The Masters and showed many that he is still very much in the conversation when it comes to having the ability to win big tournaments.

Also, Fowler won The Players in 2015, which is where the tour heads next week. Expect him to have his game in form as he plays two courses in back-to-back weeks where he has won before.

A win would help Fowler in proving himself further and is certainly something that we could see this week at The Wells Fargo Championship. 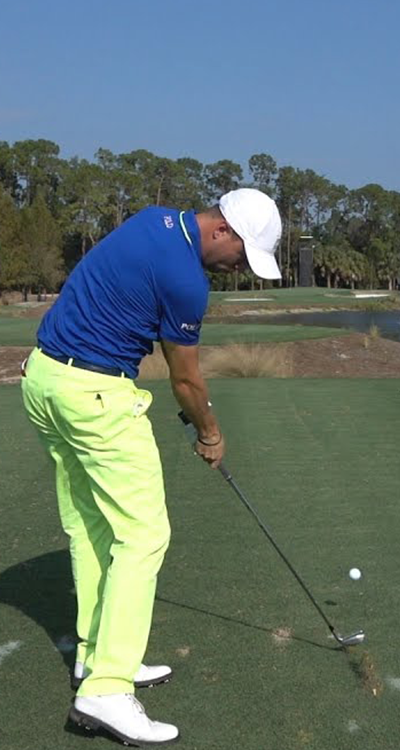 Last week, Justin Thomas missed the cut at The Zurich Classic. His first missed cut of the season and at a tournament with a different format, The Zurich is more or less a throwaway tournament for JT.

The 2017 PGA Champion (which was played here at Quail Hollow Club) has been off to a great start in 2018. On the season, he has already recorded 2 wins, a 2nd place finish and a 4th place finish in just 11 starts.

Look for Thomas to continue his hot streak in Charlotte this week. As golf fans are finding out, betting against Thomas is not a good habit to get into. 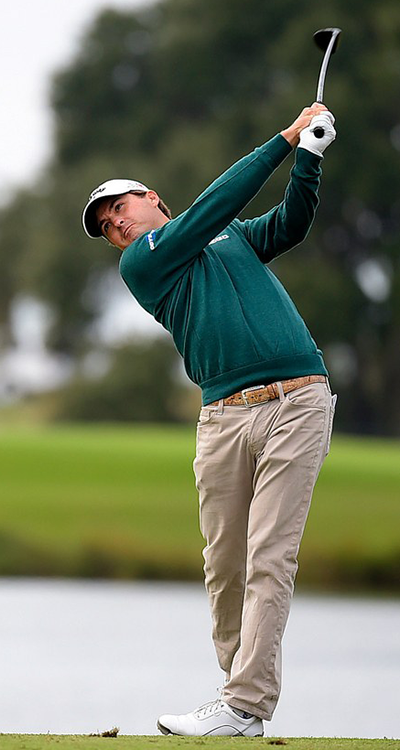 Kevin Kisner returns to Quail Hollow Club following a disappointing finish here at The 2017 PGA Championship. After leading the tournament through the first 3 rounds, Kisner fired a 3-over par 74 on Sunday to end his run with a T-7th finish.

Since carding a runner-up finish at The Dell Match Play, Kisner has gone on to finish T-7th at Harbour Town and most recently managed a T-15th at The Zurich Classic this past weekend.

Coming into the week with solid momentum and wanting to redeem himself following his finish at Quail Hollow last year, Kisner will be a very popular pick this week. It would make for a cool story to see Kisner come back here and get the win, albeit for a lot less money and prestige.

Key Statistic(s): Currently 4th in scoring average on tour in 2018. 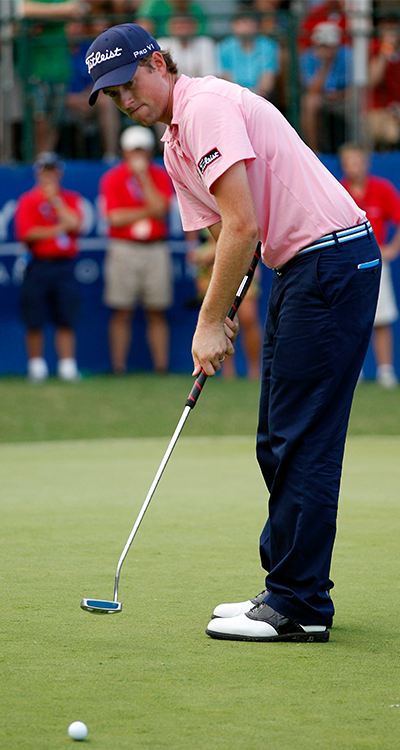 Did you know? Webb Simpson is a member at Quail Hollow Club and brings a lot of local knowledge to the tournament.

The 2012 US Open Champion has been off to a great start in 2018, following a few years of lackluster results. So far, he has 7 Top-20 finishes through the season, including a T-20th at The Masters.

For Simpson, it has been his putting that has allowed him to turn his game around this year. Back at his home track and armed with a game that is in top form, the stars seem to be aligned for Simpson to return to the winner’s circle this weekend. 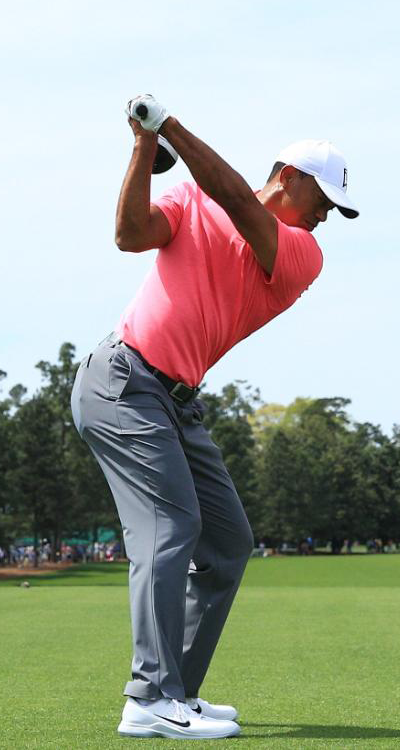 After a few weeks off, Tiger Woods returns this week for The Wells Fargo Championship. It has been a rollercoaster of a season so far for Woods, who has finished as high as T-2nd at The Valspar Invitational, missed the cut at Riviera and finished T-32nd at The Masters last month.

So what should we expect from Tiger at Quail Hollow this week? Your guess is as good as mine.

Thus far, his short game has been nothing less than stellar all-season long and has gotten him out of a number of potential big scores. His driver has been his achilles heel.

Long story short, if Tiger Woods hits it straight and finds a way to keep his rhythm with his short game, he will absolutely be in contention. Also, if my aunt were a man, she would be my uncle.

For what it is worth, Woods did hit 11/14 fairways, 12/18 greens and shot a 3-under par 69 in the pro-am on Wednesday. The PGA Tour’s Dan Kilbridge also noted the driver looked the best it has this year. But, it is also a pro-am and those mean very little in terms of forecasting tournament performance.

Who’s your pick to win The Wells Fargo Championship?
Let us know in the comments below!