FROM THE FAIRWAYS BLOG

FROM THE FAIRWAYS BLOG

The 3-Time Major Champ’s Career Had to Start Somewhere 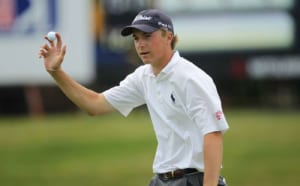 Today, Jordan Spieth is one of the most famous golfers in the world. The 11 time PGA Tour winner (3 of those majors) and former world number one has ascended to become one of the most dominant, young professionals on tour in his short career. And at just 24-years old, he is just getting started.

While he is known by all golf fans now, it was not always that way. As a junior at St. Monica Catholic School, Spieth had already proven himself in a number of junior amateur tournaments. In 2009, he won his first of two U.S. Junior Amateur titles and was named the AJGA Rolex Player of the Year. While he had certainly built an impressive resume to that point, the then 16-year old Spieth decided it was time to do something a bit bold: reaching out to tournament officials at the HP Byron Nelson Championship to inquire about getting a spot in the field at the PGA Tour event.

So, he wrote a letter to Tournament Chairman George Conant. You can see the full letter below. 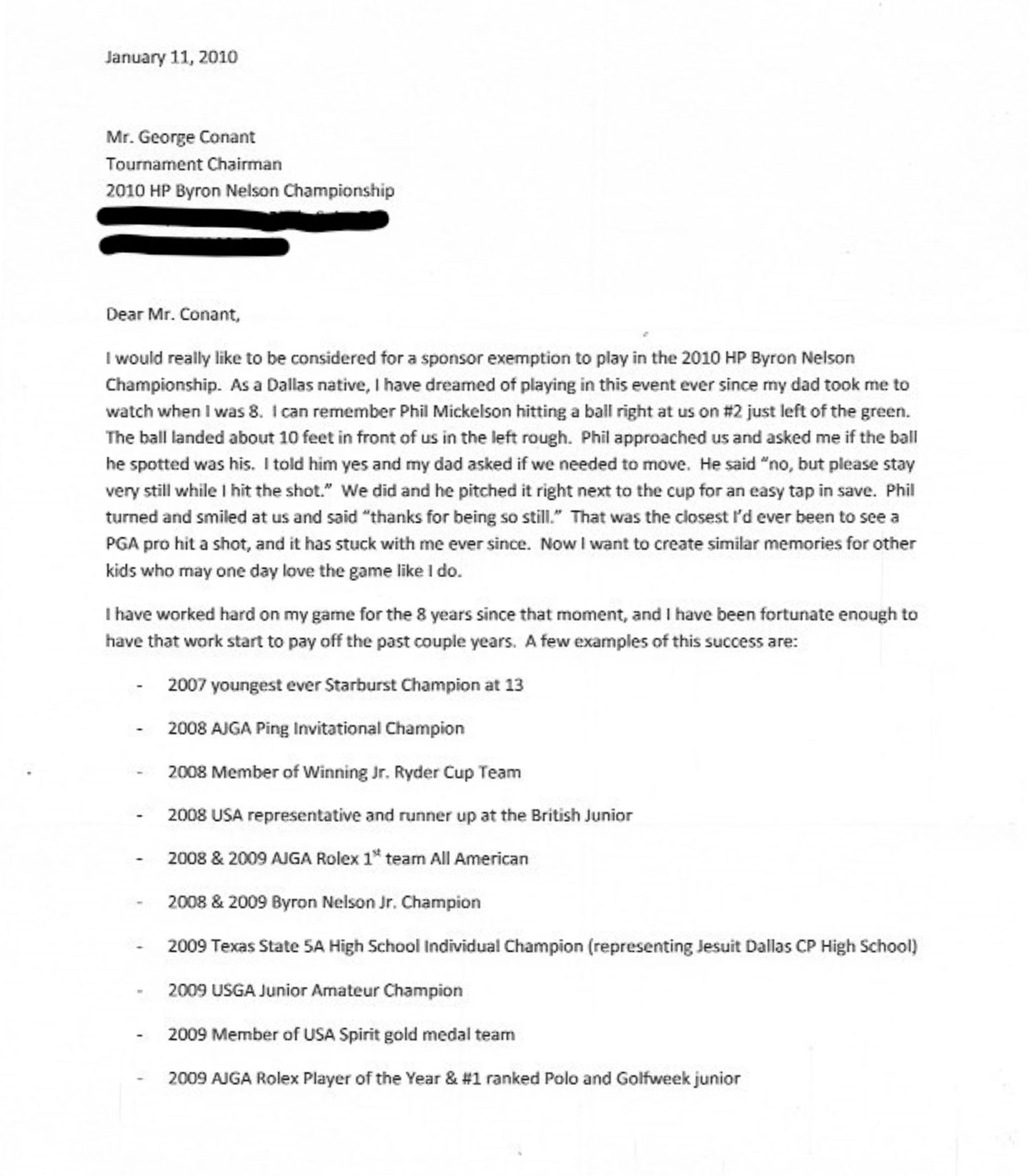 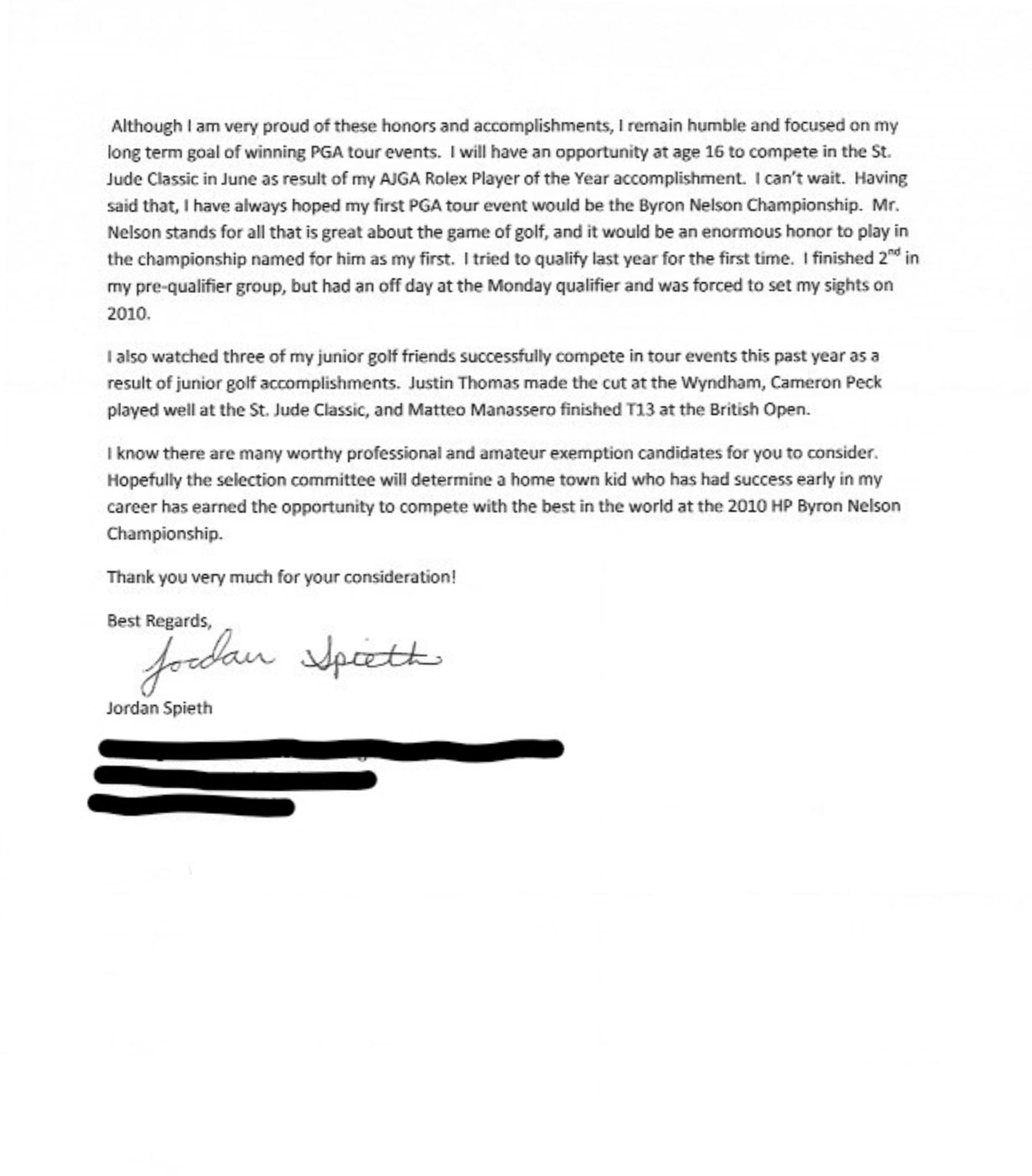 No amateur had received an exemption into the tournament since Trip Kuehne in 1995, and Justin Leonard and Tiger Woods before that in 1993. But Spieth, a Dallas native, found a way.

As history would have it, it turned out to be a good call for both Spieth and the HP Byron Nelson Championship. Spieth made the cut and was tied for seventh place after 54 holes before finishing the tournament in a tie for 16th place. Not bad for a 16-year old!

It also turns out Spieth kept pretty good company. Justin Thomas is now the official world number one. Matteo Manassero is still competing on the European PGA Tour. Cameron Peck went on to attend Texas A&M University and now a member of the Canadian Tour.